[Vote for “Ten Things” as your favorite legal blog.  To vote, click here.]

I’ve been around a while and I know from first-hand experience that there is little more disconcerting to an in-house lawyer than being contacted by the government when it starts investigating your company.  It makes your stomach feel like The Hulk has reached down your throat to give your intestines a good squeeze.  What happens in such an investigation, in large part, depends on what’s being investigated and on how you respond. You will know the seriousness of the circumstances fairly quickly, depending on what tools the government uses for its initial contact with your company. Regardless of how it starts, there are many things common to any company’s response to a government investigation. There are several initial questions to ask when a government investigation into your company is launched.  This edition of “Ten Things” explores what to do when the government comes knocking on your door:

2.  How were you contacted?  How you are contacted by the government means a lot. Here are three key ways the government will contact a company under (or part of an) investigation:

3.  Engage outside counsel. Unless you are experienced in dealing with a CID, you should consider calling outside counsel to help you with the response. Yes, this will add cost to your response but here’s the bottom line: government investigations (civil or otherwise) are expensive. You will find yourself frustrated and exasperated at times. Having experienced outside counsel to help you understand the process (and there is indeed a process) and serve as a buffer between you and the government – or you and senior management – is worth the cost. Additionally, the involvement of outside counsel can help cement claims of attorney-client privilege and can, depending on the circumstances, help reduce the risk of your personal exposure, which is not something to take lightly.

4.  Call the government’s lawyer. Do this within 24 hours of receiving the CID if possible. Typically, a CID has a very short response time and you’ll likely need to extend the deadline. It won’t happen automatically, and then only with the consent of the attorney in charge of the CID. Unless you are experienced in dealing with government investigations and the type of CID received by the company, this is a task for outside counsel.  One thing to do on the call is to find out as much as you can about the investigation: What it is about? What triggered it? Why is your company involved? Is it a target?  Regulators can be tight-lipped but it’s worth a try as they typically will give you some helpful information.  Another goal of the call is to establish a good rapport with the government attorney, including giving your assurance the company will cooperate, comply in good faith, and in a timely manner. It is in your company’s interest (and yours personally) to deal with the government in good faith and maintain the highest personal and professional standards throughout the process.

5.  Can you narrow the scope of the request?  The next task is trying to narrow the scope of the request. A CID is typically broad in terms of the information sought and the time frame covered.  Unless you have an agreement with the government attorney to narrow the scope or a court order, you are duty-bound to comply with the CID as written – which can be an almost impossible task. The government attorney usually welcomes a request to narrow the scope as they only want documents and information useful to their inquiry. Consequently, truthfully informing them about how what they are asking for in the CID may or may not be relevant can be helpful to both sides. This requires you to be on top of what information you do or do not have. Promise to begin a rolling production of responsive documents you can easily gather and produce quickly.  This will usually satisfy any concerns the government may have about granting an extension of time to comply.

6.  Put a document hold in place and suspend record destruction. Another thing to do quickly once you receive a CID is to put a document hold in place with the people who may have responsive documents. There is a little bit of art here because you are guessing somewhat about the scope of the investigation and which employees it might involve. Still, you should make a good faith effort immediately to get a document hold in place with the most likely affected employees. After a call or two with the government attorney, you should be able to narrow the scope of the CID and agree on the custodians of interest. Then you can limit the document hold to just those people.  Additionally, you need to ensure any document destruction policy is suspended as to those identified individuals, as well as any automatic deletion of documents or email. Don’t rely on sending an email and assuming everyone is complying.  Require signed acknowledgments from each individual affirming three core things:

Make sure you do not rely on employees to gather their own documents for you. They are hardly incented to do a thorough job.  Also, skip the email and walk over to the IT department and talk to the people in charge of suspending automatic deletions and ensure they understand the importance of what is needed and the penalties the company can face. You also need them (and HR) to ensure that if anyone under the document hold leaves the company, they will secure their laptop and other company devices and turn them over to you. Finally, as you look for places where relevant information might be stored, don’t forget home computers, phones, personal laptops, and – yes – paper, which many people still use.

8.  Employee interviews. It’s very possible investigators may wish to interview company employees.  Likewise, any internal investigation will require employee interviews as well.   Depending on the agency issuing the CID and the possibility of material exposure for the company, here are some things to keep in mind about interviewing employees:

10.  Dealing with public disclosure.  The existence of the CID may become public due to necessary disclosures if your company is publicly traded or due to leaked information. This means once you receive a CID you must be prepared to deal with negative press.  Unless there is a well thought out strategy behind saying more, the standard response to a press inquiry is to simply confirm the inquiry, the company’s good faith cooperation, and faith in your company’s compliance with the law. Your public relations team and outside counsel will be able to assist in crafting specific language to avoid adding to the concerns.

If you work for a publicly traded company you must be concerned about the potential need to disclose the CID in a public filing, i.e., 8K or quarterly/annual filings.  If the existence of the CID is already publicly known, there is little downside to disclosing.  If it’s not public, then you must determine if the investigation is material to investors.  This is a difficult analysis as there are no bright lines to follow.  It depends on who is asking and what they are asking about.  You may need to seek guidance from outside securities counsel.  If you decide disclosure is needed, then you will likely look to give the minimum amount of detail possible and draft carefully with the understanding that whatever you write can and will be used against your company.

Any type of government investigation into your company must receive the highest attention of the Board of Directors, senior management, and the in-house legal team.  A CID is nothing to take lightly, as civil can morph into criminal at any time.  Unless you have extensive experience dealing with CIDs and the agency that issued it, your first call should be to outside counsel.  Brace yourself (and senior management) for a big-time commitment and expensive process.  Finally, know which outside counsel you will use in the event of an investigation and consider developing a playbook now for how you will deal with any type of government investigation, including a search warrant so that if the day comes, so you’re already prepared.  Being prepared is what it’s all about.

My third book was released last week.  It’s called The Slow-Cooker Savant.  Yep, it’s a cookbook.  Just one of my hobbies.  You can buy it here on Amazon.com or at SterlingMillerBooks.com.  Perfect gift for the holidays! 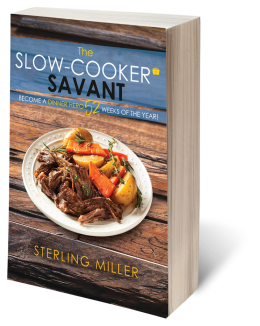 “Ten Things” is not legal advice nor legal opinion and represents my views only.  It is intended to provide practical tips and references to the busy in-house practitioner and other readers.  If you have questions or comments, please contact me at sterling.miller@sbcglobal.net.

Join 12,356 other subscribers
Follow Ten Things You Need to Know as In-House Counsel® on WordPress.com

Almost 25 years of in-house legal experience as General Counsel, Corporate Secretary, and Chief Compliance officer of Marketo, Inc., Sabre Corporation (NASDAQ: SABR) & Travelocity.com. Prior to going in-house, I was an associate at a large St. Louis-based law firm. I serve on several advisory boards and board of directors, have written several books, and consult with corporations and law firms. I am currently CEO and Senior Counsel for Hilgers Graben PLLC (Dallas office). I am available to in-house lawyers and corporate legal departments for CLEs, coaching, consulting, and speaking engagements.